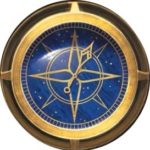 It would be nice to have a female goblin leader who is a swashbuckler, has better clothes than the rest of the goblins, has better weapons, and is in better shape.

I hope this makes sense as my written German is very bad.

First of all: If you would have not mention it, I would have thought, you are a german native speaker, since you written german sentence is perfect - even with a typicall mistake, most germans do 🤣 🤣

"das macht Sinn" is a typical phrase of german native speakers, actually coming from the english phrase "this makes sense"
Correct german would be "Das ergibt Sinn", but it is becomming uncommon now.

Viva la gobbolutión!!
I would fully support any female goblin non-orc leader - sadly the priority for more Debonn and Cult Leaders is higher waitign for their forth), also the Bruderschaft/Brotherhood aka Genderneutrales Kollektiv or the Amazones should get their fifth leader first, if they get a new starter box.

But I general : I would immediately buy and play a swashbuckling golbin pirate with parry, agil, Pistol 6/4 30cm, S6 and typical leader profil - but a further twist would be nice.

@Christian (Louie) I did use... google translate and then did my best to correct it as good as possible 🙂

The reason I mentioned a female goblin leader is that there isn't any, I guess she could be a Mercenary as well, aannnddd I am collecting the Pirate Goblins, and some of the other factions 🙂

Great idea, u have my full support on this!